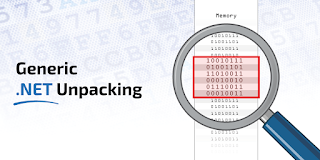 Nowadays, malware written in C# or VB.NET (also known as the Microsoft .NET Framework) has become more and more common. Ransomware, Spyware and Trojans, they are all available in .NET.

In contrast to C or C++ or even assembly, .NET is much easier and fast to implement. Via Reflection, the code can be dynamically loaded or called, providing an interesting possibility for obfuscation.


While browsing some malware samples we recently came across an interesting one: 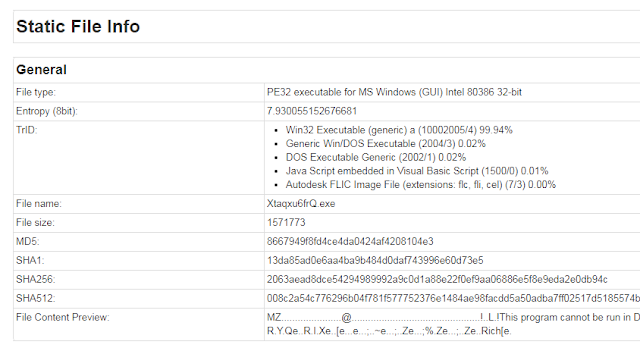 The first layer is a WinRAR self-extracting archive:

The SFX archive extracts two files, a PE file written in C# and a PDF file. Both are launched: 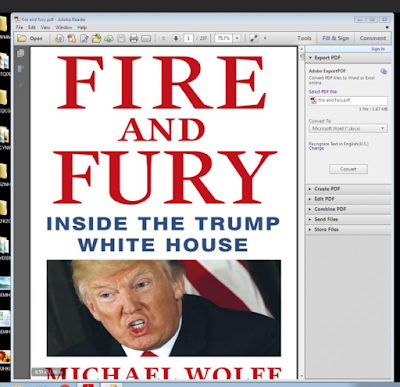 The PDF indeed is the e-book version of the recently launched book "Fire and Fury" by Michael Wolff which details the behavior of U.S. President Donald Trump during the presidential campaign. The SFX file uses the PDF to conceal its main payload.

The function decrypts a resource, then loads it, and finally calls its entry point. Wouldn't it be nice to get the decompiled code of the decrypted resource? Enter Generic .NET Unpacking.


Joe Sandbox Ultimate includes a generic PE unpacking engine for any PE file loaded into memory during analysis. Unpacked PE files can be directly downloaded from the analysis results webpage under the secondary analysis results:

Let us have a look at the code of the decrypted and decompiled resource:

Thanks to generic .NET unpacking, we can find all the payloads including: capture screenshot, gather information, keylogger, download and execute, USB infection etc.

Of course, Joe Sandbox is able to automatically detect such code: 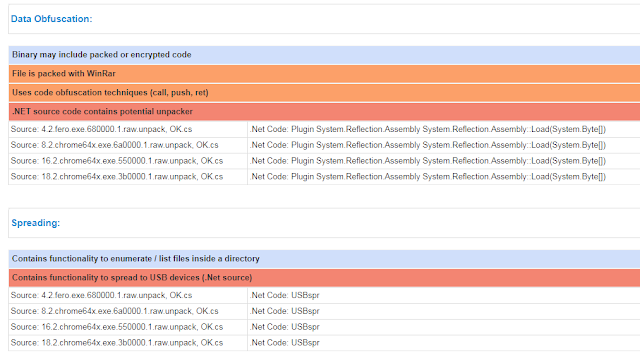 
Thanks to Joe Sandbox Ultimate's generic unpacking engine, analysts get access to any dynamically loaded PE files. With the help of the Joe Sandbox .NET Decompiler, those PE files are automatically converted to source code.

Source code enables the fastest and most accurate analysis of malware.

Interested in trying out Joe Sandbox Ultimate? Register for free at Joe Sandbox Cloud Basic or contact us for an in-depth technical demo!