Recently we were investigating interesting piece of malware that was generating quite huge workload in the sandboxed environment. To introduce proper countermeasures we had to fully reverse it. It turned out that the file belongs to the Nymaim family, which is active at least since 2013 [1]. This particular file consists of few layers, first one is meant to slowdown / timeout various sandboxes / replicators / emulators, the last layer hinders static analysis and debugging, layers in the middle are just responsible for decompression and decryption.


There are many different methods of introducing slowdowns in sandboxed environments, some of them are more effective some of them are not effective at all. Nymaim uses Win32 API hammering, which means that it constantly calls benign Win32 API functions in the loop. It's clearly visible on the WinMain function graph (glued side by side, since the function is way too big): 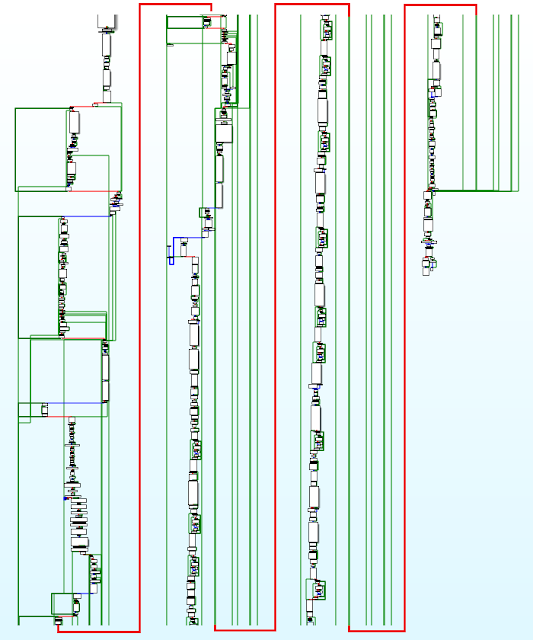 Readers familiar with IDA function graphs should notice unusual length of the code.There is a lot of loops and a lot of various API calls:

Without any monitoring tools, execution of WinMain takes around 46 seconds. Now if any of the above APIs triggers some event that is (or should be) monitored in the sandboxed environment you can imagine what would happen to those 46 seconds. So far we have not seen any sandbox able to analyze the malware successfully. During the analysis we were able to identify one unwelcome side effect of the USER32.dll.EnumDisplaySettingsA function call, namely it loads and unloads the vga.dll kernel library during the call:


This of course triggers driver analysis (in case the sandbox offers it)... 7652 times and the only thing that separates good analysis and total failure is a proper filtering of collected data.


Second stage of the malware is executed through the callback from EnumResourceTypesA, it decompress and decrypts the final stage, which is heavily obfuscated. Entry point of the final stage suggests that it can be run from within both x86 and x64 processes. It uses simple trick to detect bitness of the process [2] and it contains both x86 and x64 payloads.

After deobfuscation we were able to identify another simple check to evade analysis, mentioned sample uses GetSystemTime API to verify expiration date, and does not execute after 8th of April 2016. We can easily handle such cases in Joe Sandbox through our Cookbooks system [3], whole operation boils down to adding below line to the Cookbook:


It's always good to re-run the analysis with the different dates to verify if the sample doesn't expire or if it isn't activating in the near future. Usually it's safe to assume the day when the sample was received as the initial date, timestamp from the PE header should work as well (in this case it is GMT Tue Apr 05 22:31:47 2016).


Last but not least, link to the full Joe Sandbox report (click the picture to open): 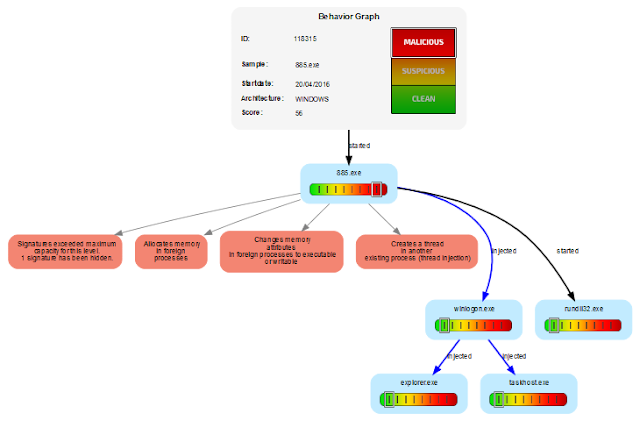